Night Out: Living with Movement Disorders 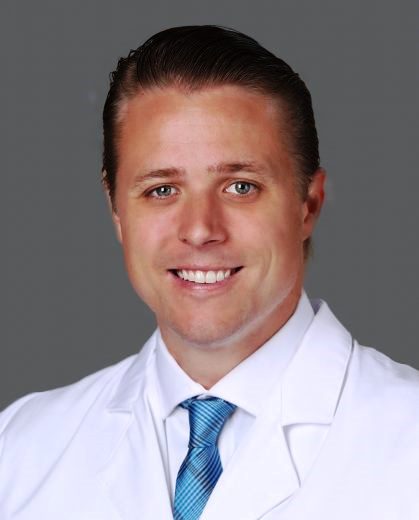 Our annual Night Out will begin at 5 p.m. Thursday, Feb. 17, in Carysfort Hall’s Pelican Room. For everyone’s well-being, mask-wearing is suggested and a cocktail reception will not be held following Dr. Sporrer’s presentation. Please RSVP to Jennifer Rigby at 305-367-6777 or via email if you plan to attend.

Dr. Sporrer received his undergraduate degree from Georgetown University where he received the Barrett Award for Excellence in Humanities, the Department of Physics Award, and the Chapman Award in Biology. He received his medical degree from the University of Florida, earning numerous accolades including the Academic Perfection Award and the AMA Educational Research Foundation Award. He completed an internship and residency in neurological surgery at the University of Florida. During his residency he received the Charles “Chuck” Shank Award in Neurosurgical Excellence and the Resident Teacher Award, and served as chief resident. He also was a clinical research fellow at the UF Center for Movement Disorders.

Dr. Sporrer stresses that the higher rates of Parkinson’s diagnoses should motivate more people to seek medical help from specialists if they start to experience movement-related symptoms or other signs of the disease.

“If you have a tremor or you’re having difficulty with movements of any sort, you owe it to yourself to at least get it checked out,” Dr. Sporrer said. “It is a common misconception that a tremor or stiffness or discoordination is just a part of getting older. There is a certain amount of slowing down as we get older. But other signs like tremors or the inability to write — that really shouldn’t happen just because we’re 60 or 70 or 80 years old. It’s worth checking out, and at least then you will be exposed or discuss the correct options with your physician.”