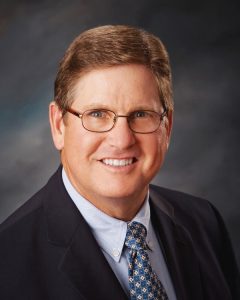 Dr. Baxley’s 18 years at his Baxley Center for Executive Health Assessment make him uniquely qualified to lead Private Medicine Plus+. He has been described by a fellow physician colleague as a “modern-day Marcus Welby.”

His compassion and strong belief in people led him to found Orlando’s Healthcare Center for the Homeless, which serves more than 20,000 homeless individuals each year. In 1994, President Bill Clinton awarded Dr. Baxley the President’s Volunteer Service Award from the National Points of Light Foundation. Other accolades include The Florida Academy of Family Physician’s Family Physician of the Year, Best Doctors in America for 2005-2006 and Top Doctors in Orlando by Orlando Magazine.

Please join us in welcoming Dr. Baxley and his wife, Barbara, to the Ocean Reef Community.

The Medical Center is very grateful to Thomas Mann, MD, for sharing his expertise in establishing the Private Medicine Plus+ program and his assistance in locating Dr. Baxley as his successor.