Measles: In the News Today 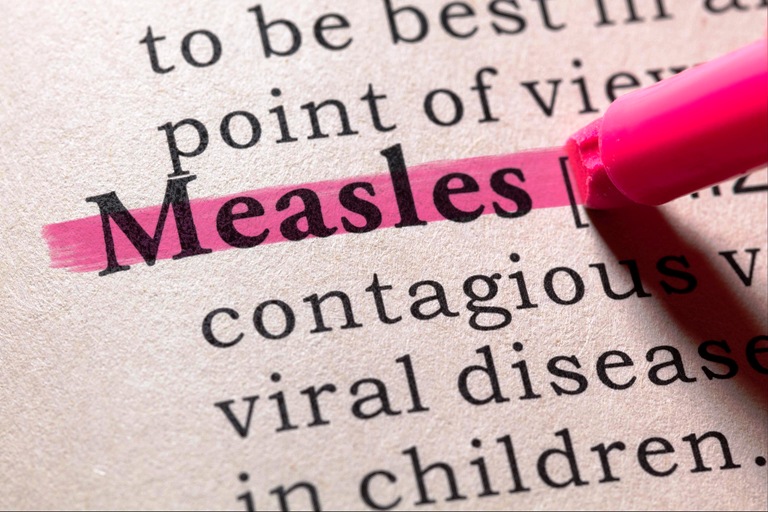 Nearly 840 cases of measles have been confirmed in 23 states since Jan. 1, and new cases are making frequent headlines.

“This is the greatest number of cases reported in the U.S. since 1994 and since measles was declared eliminated in 2000,” the Centers for Disease Control and Prevention said.

Adults are more at risk of decreased health or dying from measles than children — often from secondary infections leading to pneumonia or encephalitis. Measles in pregnancy can be associated with premature labor and spontaneous abortion.

Measles is also highly contagious: The attack rate in a susceptible individual exposed to measles is 90 percent. The period of contagiousness is estimated to be from five days before the appearance of the rash to four days afterward. Infectious droplets from the respiratory secretions of a patient with measles can remain airborne for up to two hours. Therefore, the illness may be transmitted in public spaces even in the absence of person-to-person contact.

The live attenuated measles vaccine was introduced in the United States in 1967; since that time, the number of cases has fallen by approximately 99 percent. Measles is no longer considered an endemic disease in the United States, although isolated outbreaks in unvaccinated (e.g., susceptible) people still occur.

Measles vaccination usually leads to long-term immunity. People who are immunocompetent; that is, who are capable of developing immunity after exposure to a vaccine, are expected to have a 99-percent likelihood of acquiring immunity to measles after receiving two doses of the MMR vaccine. The waning of immunity after vaccination, known as secondary vaccine failure, is relatively rare.

A few contraindications to receiving the MMR vaccine include:

– A history of a severe (anaphylactic) reaction to neomycin or other vaccine components following a previous dose of MMR.
– Pregnancy.
– Severe immunosuppression from either disease or therapy.
– Other precautions may apply.

Unsure About Your Immune Status?

“For anyone who remains unsure and concerned about their current measles immune status, this can be determined with a simple laboratory test (of MMR antibody concentrations),” said Dr. Rene Fernandez, MCOR Medical Director.